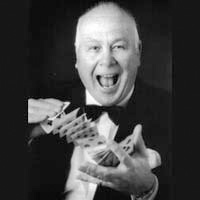 Mike Cassidy is a very experienced and established Comedian on the After Dinner, Corporate & Cabaret scene with an impeccable repertoire of top class entertainment.

Mike is a very funny comedian, his act full of topical one liners, comic observations and off the cuff remarks, which alone bring roars of laughter from the audience, but that’s not all, he also incorporates the skills of the con-artist and pickpocket in some clever mischief, with members of the audience which never fails to have a huge impact!

Mike is a very versatile performer and will skilfully handle clients requirements including being a MC / Compere, Charity Auctioneer and performing Close Up magic.