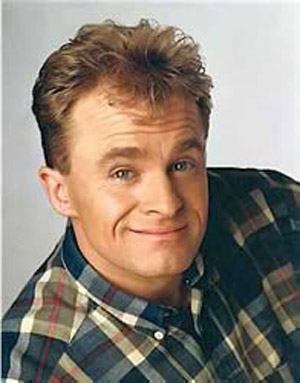 Bobby Davro made his TV debut in 1981, but his major breakthrough came with an appearance on Live From Her Majesty’s in 1983.

This led to his Saturday night series Bobby Davro On The Box which immediately topped the ratings for six consecutive years. In 1991 Bobby moved to the BBC and made three series, Public Enemy Number One, Rock With Laughter and Run The Risk.

He returned to our screens as host of Yorkshire Television’s Winner Takes All for 65 programmes.

Versatility is the key to Bobby’s longevity, as a high profile personality. Be it in television, pantomime, summer shows or in late night cabaret, Bobby Davro is in constant demand as major attraction.

Bobby Davro also made the cast of long running soap Eastenders in 2008. He played character Vinnie Monks, and spent a year as a member of the cast.